I picked up a “Cocoon Create Model Maker” printer from Aldi the other day, on sale for $300. It’s a pretty direct copy of a Wanhao Duplicator i3 Mini but with the advantage that you can drive up to the shops and grab one, and it is covered by Aldi’s excellent warrantee support.

I’ve been meaning to have a go at 3d printing for years now, and in fact there’s an elderly and rather dodgy Prusa i3 sitting on the shelf, but I never did get anything to actually work properly despite hours of messing about and replacing parts. I’ll write more about that printer in a separate article. 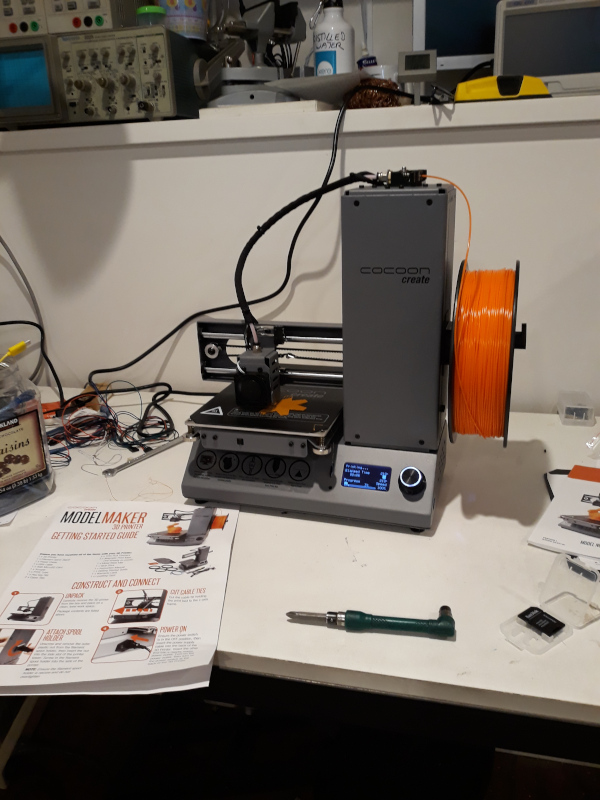 So I bought this nifty little printer. It is rather small, and has a quite limited print volume of 120 wide x 135 deep x 100 high. But it worked straight out of the box and that’s pretty impressive. It is fully assembled, very quick to unpack and in the box is also a scraper, and a glue stick, and spare magnetic beds, and a few lengths of test filament, and a micro SD card with some pre-prepared models, so you really can level the bed and print a test or two without anything else, although I picked up a kilo of PLA filament while I was there.

Literally the only other thing you might need is a pair of wire cutters / long nose pliers, to cut the cable tie off the packaged printer, and to trim the ends of PLA filaments, and to pull out the supporting scaffold which is needed to print overhangs. Everything else is already in the box.

The printer has a small controller built in, with a little backlit multi-line LCD and a rotary dial to select stuff. It can print directly from a microSD card without being attached to a computer, or it can plug into your computer to print from host software. Ultimaker Cura is included on the SD card as well. 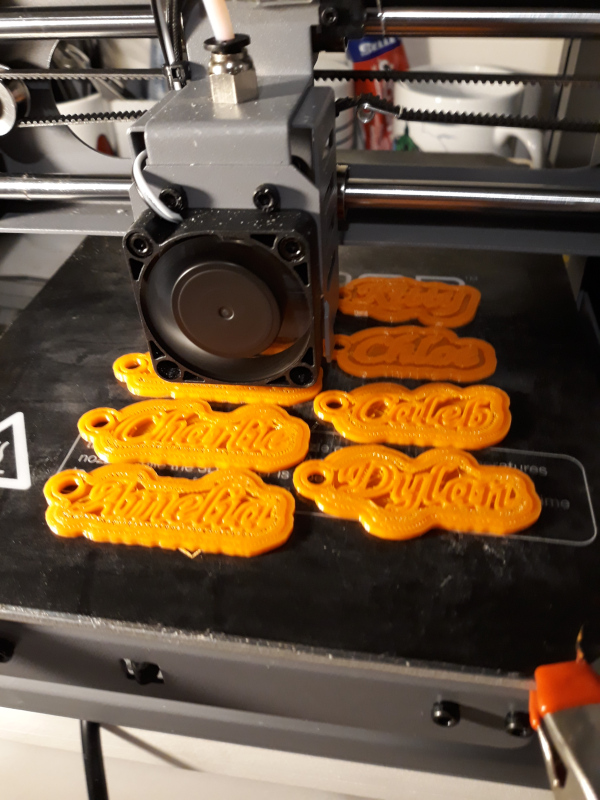 Keyrings / Bag tags for the kids at school

On the downside: it is fairly noisy, with both hot-end cooling fan and the processor cooling fans making a racket. Neither fan is under software control, so they keep running even when the printer isn’t doing anything. And there’s no heated bed.

The included gluestick helps a lot with getting good adhesion to the magnetic bed liner. Unfortunately, it’s rather a small no-brand gluestick and didn’t last long. Without good adhesion, the model can warp, peel off or even move about, resulting in a terrible mess. 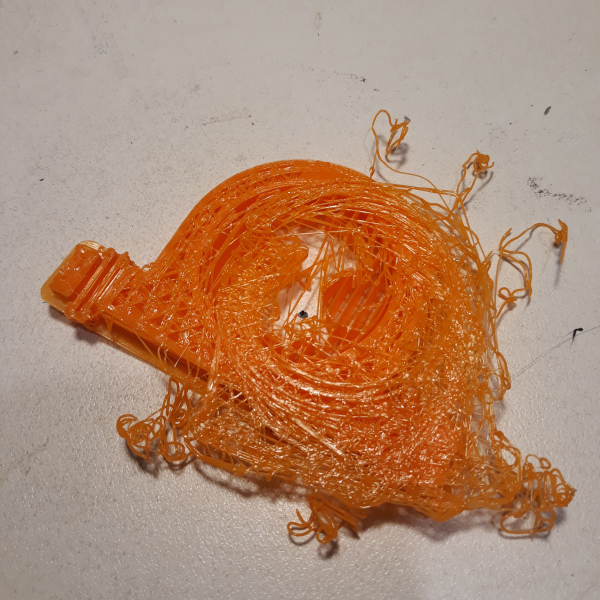 I’m hoping to find an effective one by trial and error! I bought several different ones to try: 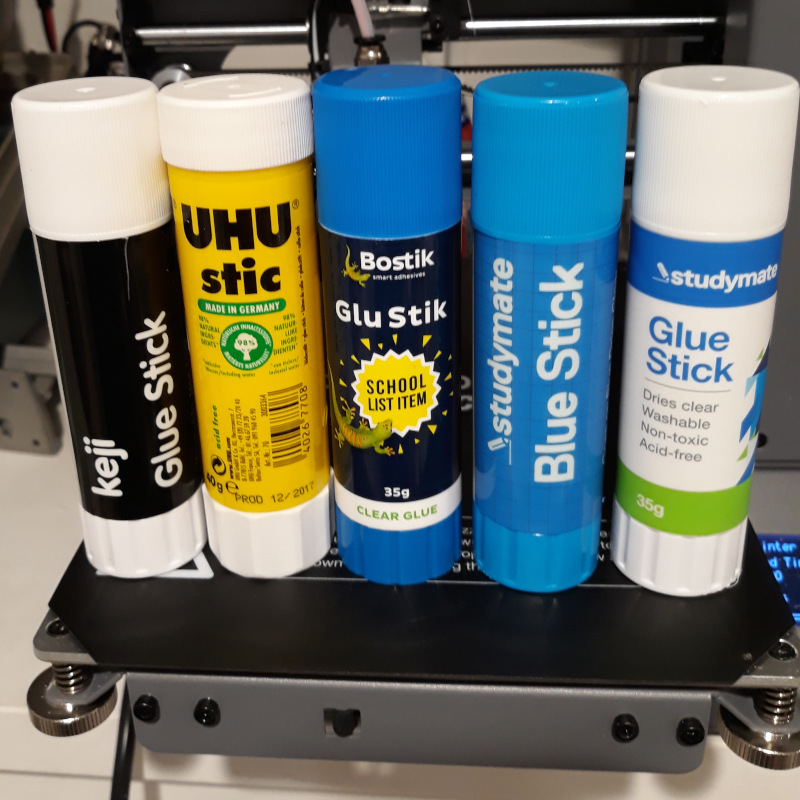 (I’m not comparing these for their intended purpose, gluing paper! Just for how they go at making the print bed tacky enough to prevent the edges of prints lifting as they set)

The main problem I’ve had though is the built-in driver software, which occasionally crashes while the head is heating up, and has some really terrible user interface. The control knob detents seem to have no correspondence to UI movements, meaning its easy to pick the wrong menu item. The whole UI seems quite badly thought out, with meaningless menu structures and so on. But it works well enough to be used, so I guess that’s okay.

I haven’t tried upgrading the firmware yet, but it seems pretty likely it is based on the Open Source Marlin software, not that the Cocoon manuals document this or anything. If so, it might be possible to improve it.

It is remarkable how well this firmware works though: millions of little operations in real time, with no visible errors. I’d love to see a fully integrated solution though, with an onboard processor and a web-controllable interface or similar. It could even integrate the slicer, so that printer parameters could be taken into account automatically.

UPDATE: I noticed that linux dmesg was reporting that the VFAT filesystem on the supplied microSD card was corrupt, so I reformatted it. I’m now 75% of the way through an 8 hour print run from the card with no crashes, so that might have been part of the problem.

UPDATE 2: Having reformatted the card, no more crashing problems even on very long jobs.

The design I’ve been doing in OpenSCAD which is quite an interesting way to approach design. The OpenSCAD syntax drives me a bit nuts so I’m thinking of trying out PySCAD as well. It saves designs in its native SCAD format but can export to STL and similar formats.

For slicing, I’ve been impressed with Cura, which works great out of the box and comes with the printer’s profile built in. I’ve been running it under Wine to avoid having to work out how to transfer the profile across to the Linux version.

To actually send the files to the printer I’ve been using Pronterface, which is pretty simple but works. It lets you connect to printers and control each axis and extruder separately, which is handy for setting things up. I’d also like to have a better look at Octoprint because having some remote control over the printer behaviour would be rather nice. I experimented with setting up a webcam pointing at the printer and found it very useful to watch the progress of the print run and look out for failed prints.

The workflow from OpenSCAD to Cura to Pronterface is a bit clunky. Cura has a large number of settings which are specific to a printer (print volumes and head speeds, for example), and a whole bunch more which vary from project to project (infill styles, wall thicknesses, etc). For the latter, it is frustrating not to have these recorded in a file somewhere alongside the model itself. Ideally, something like a Makefile would bring these preferences all together along with the STL to generate appropriate GCODE.

I’ve uploaded some works in progress to github:nickzoic/models3d … they’re slowly evolving as I learn more about how to get things done in OpenSCAD. 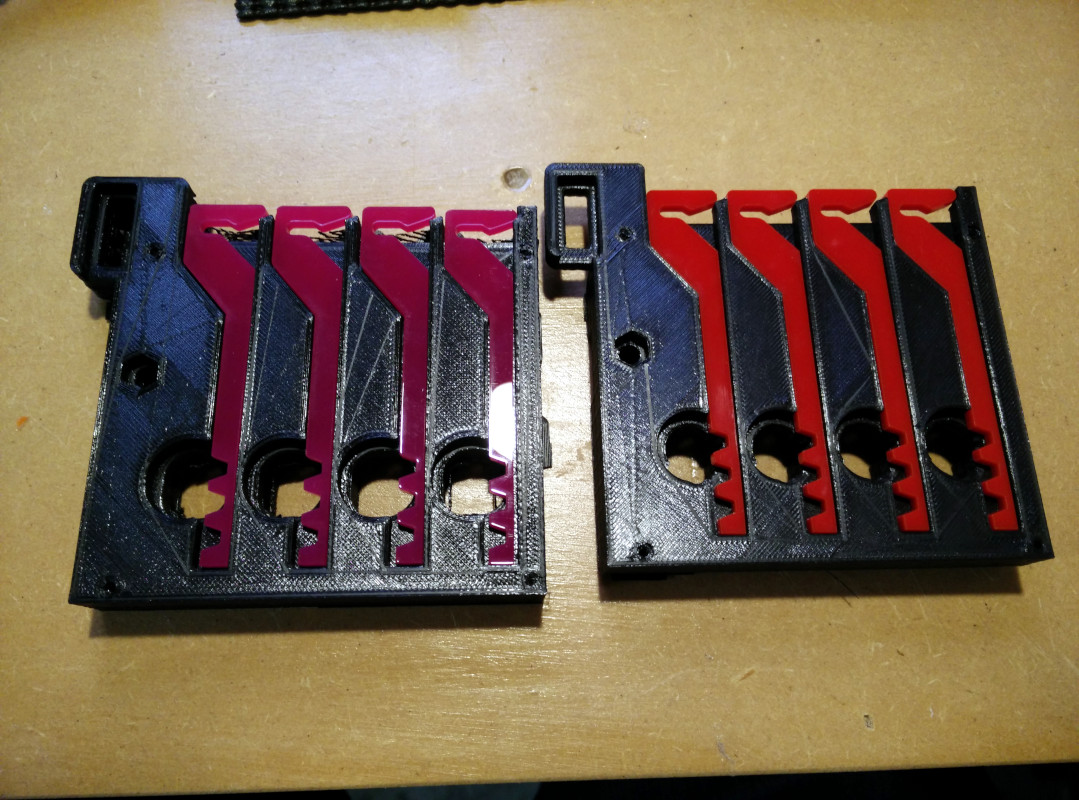 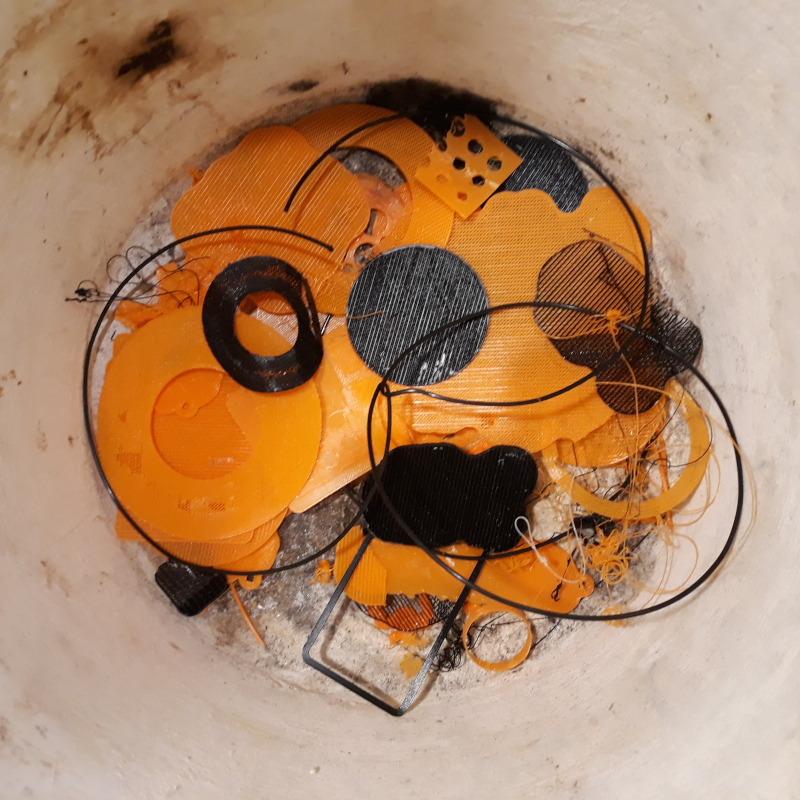 … and a rubbish-bin full of PLA scraps

Some of my stuff is now on Thingiverse and there’s lots more on Github.

Yeah, the printer is still going, I still mostly use OpenSCAD and Cura.

If you do have to pull the print head apart for some reason, note that the nozzle screws up flush to the heater block and the heat sink doesn’t … there’s supposed to be a few mm gap there. If you assemble it in the wrong order, the heat sink can end up touching the heater block and too much heat will end up being conducted into the heatsink instead of the nozzle. The print head will heat up very slowly or not at all, and weirdly this caused the firmware to crash after a few minutes which made it appear to be a software error: it wasn’t. 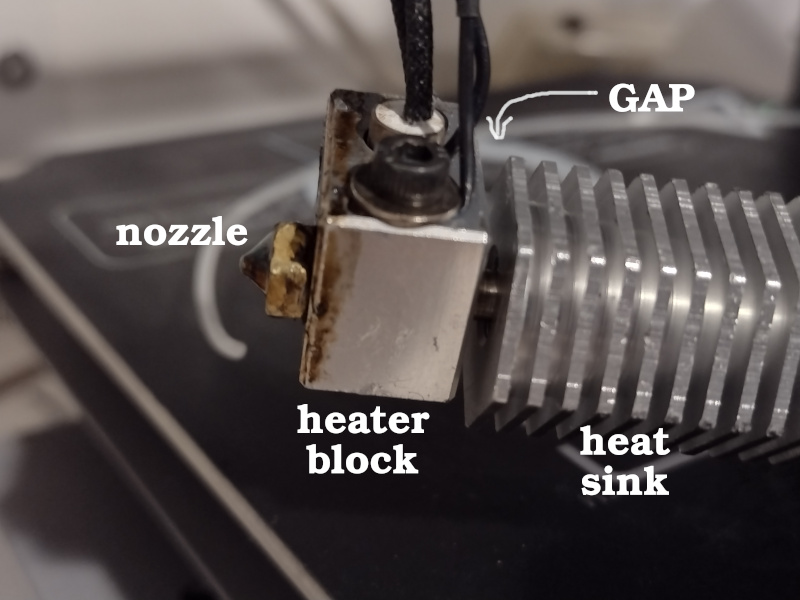