PREVIOUSLY: In Writing an Apple 2 game in 2021 Part 1 I give a bit of an introduction to the Apple 2 platform and discuss how I’m hoping to proceed and what I’m trying to write.

In this article, I’m going to talk more about the process of building and running the software.

The 6502 was first launched in 1975, and hit the market at just the right time for the personal computer revolution: in fact, its extremely competitive pricing threw fuel on the fire.

I know I’ve criticized the 6502 before as being a CPU with “approximately 1 register”, but now I’m getting to know it a bit better I’m starting to think of it more like a CPU with 259 registers, 256 of which just happen to be mapped to the start of RAM.

These are the “zero page” locations, and many instructions have a special “zero page” addressing mode. As always, memory access is slightly slower than registers, but the base speed of the 6502 is so low already that it barely matters.

For example, when splitting a byte into nybbles it seems sensible to stash the value in X. But, assuming the value is stored in a zero page address, it’s actually faster to reload in from the zero page (3 cycles) than to TAX then TXA (2 cycles each).

There’s a lot of other “performance assumptions” which don’t hold … there’s no cache and no pipeline, and therefore no branch prediction or speculative execution. There’s no memory management either: instructions can write over code, or jump into data.

In addition to the 256 zero-page locations there’s three main registers of 8 bits each: A, X and Y.

A is the main “accumulator” which is where most of the ALU operations happen. X and Y are “index registers” which have fewer operations on them, but are used by the addressing modes. Compared to even a Z80 it’s pretty minimal!

There’s also an 8 bit stack pointer, 7 bits of processor flags and a 16-bit program counter. The stack just starts somewhere in the range $0100 .. $01FF and grows down until it wraps around. That’s enough room for 128 return addresses so maybe don’t get too far into the recursion. Stack access isn’t particularly fast … about the same speed as zero page access.

The second form is probably what you’re after in most cases.

One thing which caught me out and I figure I should mention here. To add 1000 to a 16-bit quantity in zero-page location foo, you do something like:

whereas to subtract the carry flag has the opposite sense: 0 means a borrow and 1 means no borrow. So to subtract 1000, you’d do:

This was … surprising to me.

So, I think I’ve decided to make a Lo-Res game.

The Lo-Res screen is, as mentioned last time, 40x48 squishy rectangular pixels, in 16 colours, two of which are identical (grey and gray?)

To save confusion, what I’m calling a “row” from here on in is 40 contiguous bytes in memory. That displays as 2 sets of 40 pixels each, with each byte encoding 2 pixels on top of each other. There’s 24 of these rows, for 48 vertical pixels all up. This makes sense if you consider the 40 x 24 text screen: the memory layout is the same, but each byte is decoded into one character instead of two pixels.

The memory is oddly laid out, to pack three 40-byte rows into each 128 byte piece of memory, with only 8 bytes wasted per three rows. Graphics memory is further interleaved as a way of letting the video generation process also refresh the dynamic RAM.

Even though there’s no multiplication instruction on the 6502, multiplying by 128 is easy using a shift.

There’s two screens: one at $0400 and one at $0800 and we can flip between them so that our updates don’t make a flickery mess (unfortunately there’s no way to detect vertical blanking, so it’ll still be a bit of a mess).

OK so all our graphics routines are going to need to be able to switch between screen base addresses. We can do this by storing the screen base page at one of those spare zero page locations, and all the graphics routines will use that to start of their target address calculations. So now we’ve got our “main loop”, which runs forever, and in 6502 looks something like:

So now all we have to do is implement draw_everything. 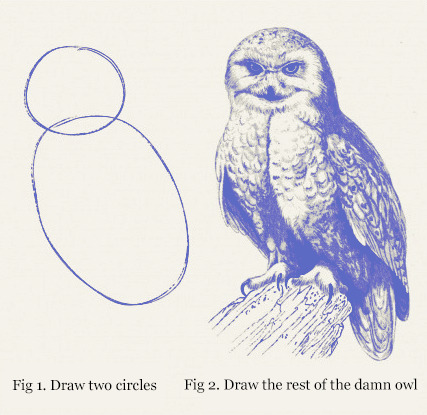 The basic building block of this kind of graphics is the Sprite, a kind of movable template for drawing pixels. Each of the movable parts of our graphics will be its own sprite.

Pretty clearly we need some way of drawing sprites. Some computers of this era had sprite coprocessors to help out with this but the Apple 2 didn’t, so we’re on our own.

Each sprite will be an array of pixel values and we can use the (indirect),Y addressing mode to copy them efficiently:

Each ‘row’ is two pixels high, with each byte representing a pair of pixels on top of each other. For now I’m not worrying about writing the background or sprites with a odd number of pixels offset: that’d involve splitting each byte into two nybbles and writing them separately. It’s not that hard, but it might not be necessary anyway: given each pixel is about 3:2 on the screen, each pair of pixels is about 3:4 which is closer to square anyway!

If vertical movement seems too jumpy I can always revisit this later.

Unless all our sprites are to be monotonously rectangular, we’ll need some way to handle transparency. Conveniently, when we converting Apple’s colour palette to RGB we can see that two colours, $5 and $A, render identically as a boring mid-grey.

We don’t really need two identical colours in our palette so let’s use one of them to mark transparency. As we draw each pixel we’ll check if it has the value $A and if so, we’ll not draw it.

This is slightly complicated by the fact that LoRes packs two pixels into each byte, but if we XOR the byte value with $AA then we just need to look for a clear upper or lower nybble which is a bit easier. We end up doing something like:

… except that BIT, weirdly and rather annoyingly, has no immediate address mode. But that’s the general idea. If the byte is $AA skip both halves, otherwise check each nybble and only write one half, otherwise write the whole thing.

Sprites get drawn on top of a background, which is really just an enormous sprite too. The main difference is that the background is much wider than the screen and doesn’t need to support transparency. At this point, my assumption is that the background will have 256 bytes per row and take up as much memory as we have left. Since the assumptions are different, we’ll implement draw_screen as a separate routine.

Reading the keyboard is pretty easy too: there’s two I/O locations, one of which reads a key code, and the other of which clears a flip-flop to indicate you’re waiting for a new key code. The top bit of the keycode is set from this flipflop, so if it isn’t set this isn’t a new key.

For now, I’ve just stuck the goose sprite in the middle and I move the background when you press a movement key.

There’s no keyboard repeat, at least not without pressing the “RPT” key, and no way to detect if a key is held down. So we’ll have to design our keyboard control scheme around those limitations.

Reading a joystick / paddles is really interesting too: there’s a couple of timers you can set and then measure how long they take to reset, which depends on the resistance value from the analog joystick. From memory calibration is an adventure.

Joystick support would be nice but I’ll worry about this later too.

Okay, so putting our sprite drawing routine together we can draw a background and overlay a sprite on top of it, and by moving the two around and changing the sprite details we can create a little animation:

(That’s running in MAME, captured and converted to a GIF using ffmpeg.)

Helpfully, we can set up GIMP with non-square pixels which means we should be able to draw a bunch of sprites in a long skinny image.

There’s a bunch of open questions here: how big can a sprite be? How many of them will we need? How will we clip them to the screen? How will we decide what order to draw them in?

I’d really like to have the sprites saved in a diffable text format too.

But those things will have to wait until …